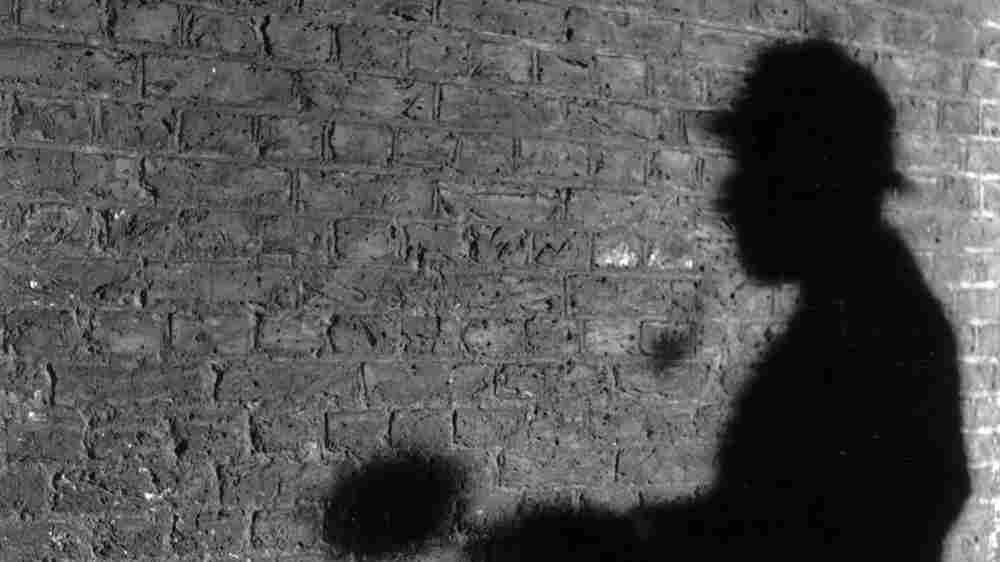 Who is to blame for inflation? Some say greedy corporations are the culprits. Peter Ruck/BIPs/Getty Images hide caption

The mystery of rising prices. Are greedy corporations to blame for inflation?

November 29, 2022 • Inflation has been pushing prices up all year, but economists and politicians don't agree on where it's coming from.

The mystery of rising prices. Are greedy corporations to blame for inflation? 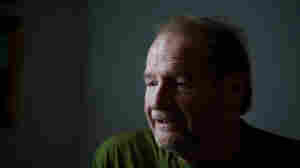 Jerry Bilinski, a retired social worker who lives in Fayetteville, N.C., says he deserves a full explanation from his medical team of what led to a small gash on his forehead during his surgery for a cataract. Eamon Queeney for KHN hide caption

He woke up from eye surgery with a gash on his forehead. What happened?

November 28, 2022 • Some doctors and medical practices voluntarily give rebates on a bill if an injury occurs during a procedure, while others will not, a medical ethicist says. Here's how patients can respond.

He woke up from eye surgery with a gash on his forehead. What happened? 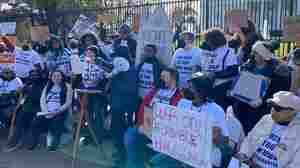 Tenant activists from around the country rally outside the White House on Nov. 16 in Washington, D.C. They want the Biden administration to regulate rent increases on federally backed housing. Jennifer Ludden/NPR hide caption 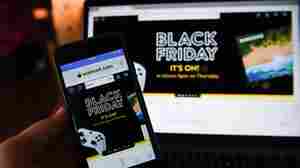 November 26, 2022 • More than 166 million Americans are expected to shop over the five days from Thanksgiving Day through Cyber Monday. 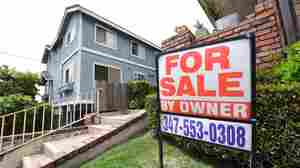 One economist's take on popular advice for saving, borrowing, and spending

November 23, 2022 • This episode was first released as a bonus episode for Planet Money+ listeners last month. We're sharing it today for all listeners. To hear more episodes like this one and support NPR in the process, sign up for Planet Money+ at plus.npr.org.

One economist's take on popular advice for saving, borrowing, and spending 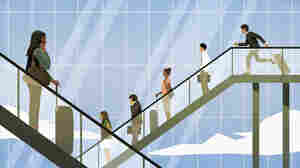 Traveling for the holidays? 7 tips to help you keep your cool

November 22, 2022 • There will probably be long lines, delays and overbooked flights, says aviation journalist Benét Wilson. So take steps to prepare for these situations and make the journey a little more pleasant.

Traveling for the holidays? 7 tips to help you keep your cool 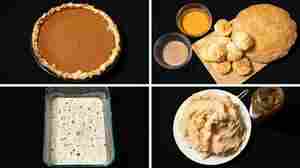 Inflation won't win Thanksgiving: Here's NPR's plan to help you save on a meal

November 22, 2022 • Turkey, stuffing, pie — it's all way more expensive this year. But you don't have to let inflation spoil your meal, if you're willing to get creative.

Inflation won't win Thanksgiving: Here's NPR's plan to help you save on a meal 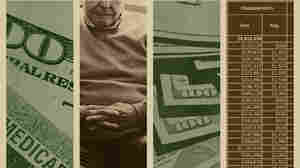 November 21, 2022 • Taxpayers footed the bill for care that should have cost far less, according to records released under the Freedom of Information Act. The U.S. government may charge insurers $650 million as a result. 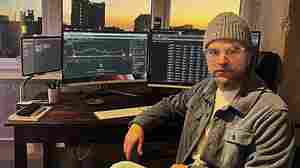 Jake Thacker in Portland Ore. had about $70,000 worth of investments in his account on FTX. He may have lost it all. Jake Thacker hide caption

November 18, 2022 • More than one million people may have lost their money in the spectacular collapse of the cryptocurrency trading firm. Some had big chunks of their life savings disappear into a black hole. 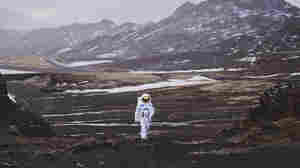 Iceland is like Mars — "if Mars had hot tubs," according to a new ad campaign from Visit Iceland. Hordur Sveinsson/Visit Iceland hide caption

Iceland tells tourists it's like an alien planet. A NASA scientist agrees

November 18, 2022 • "Iceland. Better than space." That's the new tagline from Iceland's tourism board. We asked the head of Visit Iceland why her country might have an edge over space — and consulted NASA as well. 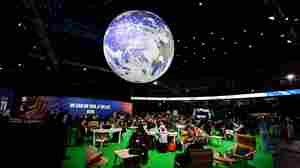 The carbon coin: A novel idea

November 17, 2022 • What if we could engineer a path towards solving the climate crisis...with monetary policy? Kim Stanley Robinson's novel The Ministry for the Future considers this question, and the idea is catching on in real life too.

The carbon coin: A novel idea 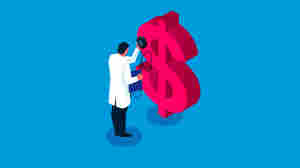 Many hospitals are now partnering with financing companies to offer payment plans when patients and their families can't afford their bills. The catch: the plans can come with interest that significantly increases a patient's debt. sesame/Getty Images hide caption

November 17, 2022 • Some credit cards advertised by hospitals lure in patients with rosy promises of convenient, low-interest payments on big bills. But interest rates soar if you can't quickly pay off the loan. 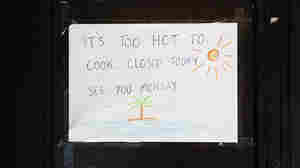 November 16, 2022 • Extreme heat takes a toll on workers. From heatstroke to an increased likelihood of workplace accidents, protecting employees from heat illness is a growing priority for state legislatures. We talk to an economist about how higher safety standards help businesses too. 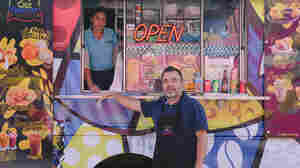 November 16, 2022 • There's a high-stakes tug of war over new homes. Many people who signed contracts before houses were built now are scared to buy them. Builders don't want them to back out and are keeping deposits. 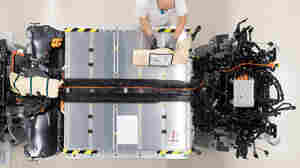 How electric vehicles got their juice

November 14, 2022 • CATL is a hugely important company that a lot of people probably haven't heard of. It's grown from nothing to become the world's largest EV battery supplier — with some strong help from the Chinese government along the way. This story of how EV batteries became cheap kicks off The Indicator's week on the climate crisis — how markets, government and businesses can deal with growing emissions.

How electric vehicles got their juice The display panel advertising the tickets for the Monday Powerball drawing with an annuity value of at least $1.9 billion, are shown at a convenience store, Monday, Nov. 7, 2022, in Renfrew, Pa. Keith Srakocic/AP hide caption

November 10, 2022 • Winning the lottery is a dream to many. But if you were to possess a winning lottery ticket in reality, experts say there are a number of things you should do to protect yourself. 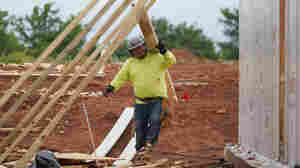 Even though higher mortgage rates are starting to curb housing prices, the share of first-time homebuyers has fallen to a historic low, according to the National Association of Realtors. Sue Ogrocki/AP hide caption

Voters approved more money for affordable housing around the country

November 9, 2022 • Skyrocketing rents and home prices have been a major part of voters' economic pain. New spending will go toward building and subsidizing more housing, and helping people avoid homelessness. 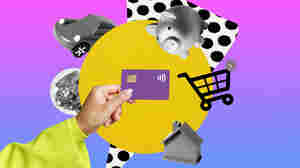 Want to get into credit card points? Here's what you should know

November 7, 2022 • Credit card rewards programs can offer big perks like airline miles and hotel upgrades. Finance journalist Katherine Fan explains how to choose the right card and what to know before signing up.

Want to get into credit card points? Here's what you should know 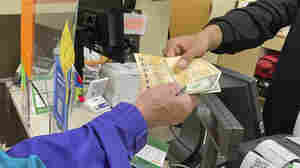 From behind the lottery counter at a Pick 'n Save store in Madison, Wis., Djuan Davis hands Powerball tickets to Arpad Jakab, a retired utility worker who said it's his first time buying them. Harm Venhuizen/AP hide caption

Feeling lucky? The Powerball jackpot is now up to a record $1.9 billion November 5, 2022 • On Nov. 1, New York joined a handful of places across the country that require companies to disclose salary ranges when they post jobs. But transparency isn't easy. 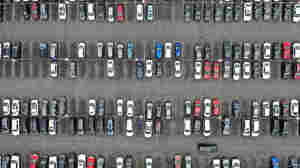 A CarMax lot holds hundreds of used cars and trucks in Gaithersburg, Md. on April 12. Used car prices have fallen from their recent peaks, but they remain extraordinarily high compared to just a few years ago. And other costs of car ownership are rising, too. Chip Somodevilla/Getty Images hide caption

It's not just buying a car — owning one is getting pricier, too

November 4, 2022 • Mechanics' bills are rising faster than inflation, and people are holding on to their vehicles for longer than ever. That means even those staying out of the car market are feeling inflation's pinch.

It's not just buying a car — owning one is getting pricier, too 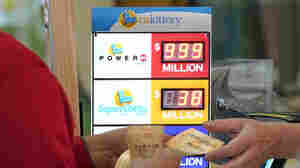 A customer is handed Powerball lottery tickets to purchased at Lichine's Liquor & Deli in Sacramento, Calif., Monday, Oct. 31, 2022. The jackpot for Monday night's drawing soared to $1.9 billion after no one matched all six numbers in Saturday night's drawing. Rich Pedroncelli/AP hide caption 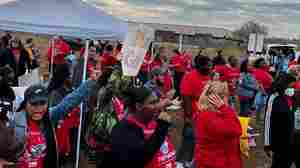 November 1, 2022 • Call center workers at a federal contractor that handles calls about Medicare and the Affordable Care Act plans have staged a walkout in four states.

More from Your Money
Browse archive or search npr.org